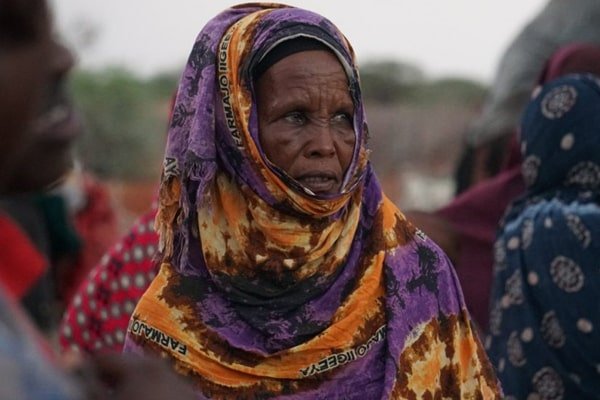 Whenever displacement is discussed, statistics indicate the numbers and magnitude of the crisis. Reports state that at the end of 2020, there were 82.4 million forcibly displaced persons in the world. The UNHCR Global Trend Report, published in June this year, recognized that there were between 30 – 34 million forcibly displaced children globally in 2019. In 2018, 21 million women and children were recognized as being internally displaced globally.

Displacement demographics often highlight the impact on women and children. Ample research points to the fact that they suffer the most in any humanitarian crisis. However, the lack of information on older displaced persons is somewhat concerning. It requires painstaking research to gather information on this particular group of persons. One might be forced to draw the conclusion that there are no elderly displaced persons or that if there are, there are so few that overlooking them would cause no significant impact on displacement statistics. This article aims to call attention to the existence of older displaced persons and problems they face.

Perhaps, the UNHCR’s categorization of the older generation of displaced persons with the extremely traumatized, the chronically ill and persons with disabilities as ‘’persons with special needs’’ was to draw attention to the issues these set of displaced persons suffer but this grouping may have only succeeded in doing the opposite. Elderly displaced persons were unintentionally forced to give up their identity as a distinct group with their own peculiar issues and needs; and got lost within the larger identified special persons group. The lack of evidence showing any marginal improvement in the welfare of older persons buttresses this point.

Research is replete with reports of a re-occurrence of the disregard of their basic human rights; their needs not being considered nor met; and not being consulted in issues concerning  their own welfare. Sadly, it is often only in the process of repatriation or resettlement that older persons become visible.

In recent times, there are more than enough stories of elderly persons who make the decision to stay on in conflict zones or even families who take the painful and difficult decisions to leave their elderly behind in order to take a chance on being safe themselves. The women in particular take on the role of caregivers to orphaned or unaccompanied minors in IDP camps and lose the psychosocial benefits derived from these roles when such minors are resettled or repatriated. Examples include the sense of belonging to a family, particularly, if they are without their own immediate family; the acknowledgement of their roles as counsellors and support systems;  and the recognition and respect accorded them as contributors to the development of the society.

The sudden loss of a safe abode can be life-shattering for young able bodied persons, however this trauma is often multiplied when it concerns the elderly. In situations where flight becomes necessary, older persons are greatly disadvantaged. What psychological impact does being forced to give up one’s home at retirement age cause? What becomes of the roles they played in their communities and the social status or sense of fulfilment these roles provided them? How can the health and nutritional concerns associated with old age be met in such challenging situations? If they are strong enough to flee, for how long can they move from one place to another unaided? What happens to the dreams they had? Is there hope on the horizon for the elderly displaced?

Reports indicate that attempts have been made to resolve some of the problems they encounter. Listed below are some potential solutions suggested by the UN:

Acknowledging the many problems that elderly IDPs face is the first step towards working towards a better future. However, for now elderly displaced persons must continue to live with the hope of a better tomorrow.

*For the purpose of this article, elderly persons have been identified as persons 60 years and older.