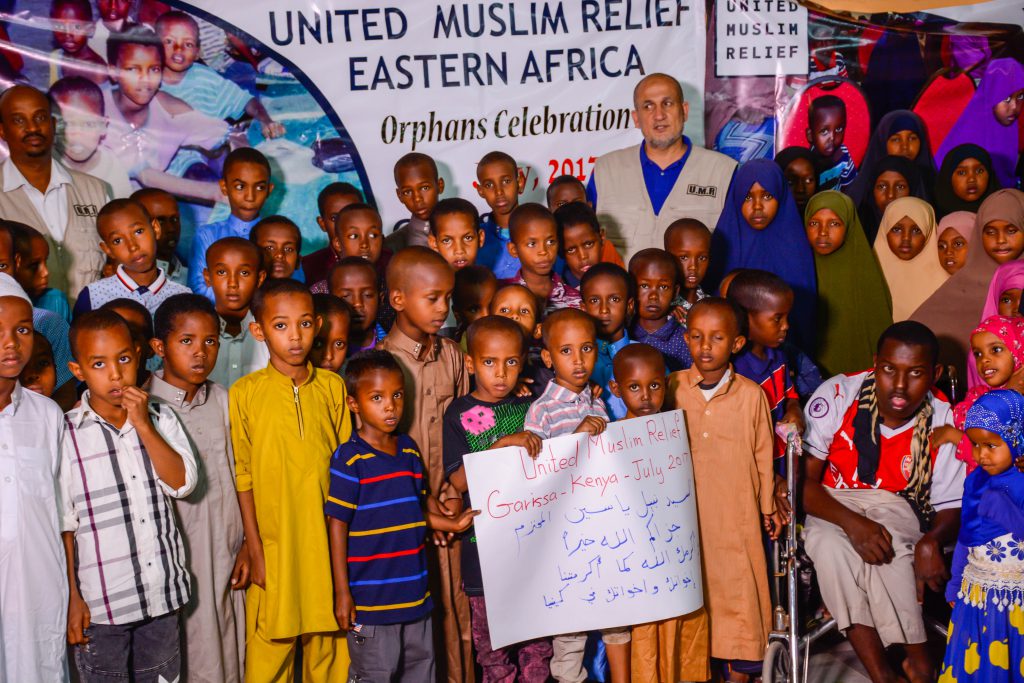 The Convention on the Rights of the Child (CRC) defines a child as every human being below the age of 18 years. Since children belong in families and are to be cared for till they attain a certain age, parents or guardians will naturally make decisions that consider the wellbeing of the child.

When families decide to relocate from one place to another, the expectation is that parents move with their children; and that minors will not make decisions to migrate or undertake such journeys alone. Contrary to this assumption, there are now more children than ever before who flee or find themselves without adults to chaperone them. These children can be categorized as either unaccompanied minors or separated children. Unaccompanied children are those who are without both parents, not being cared for by relatives or adults, who by law or custom, are responsible for doing so. Separated children are those who have been separated from both parents or from previous legal or customary primary caregiver but not necessarily from other relatives.

There are different reasons why children migrate alone. They could be fleeing persecution or victims of natural disasters, displacement, conflict, gang violence or conscription into rebel armies. Sometimes, it is the flight process that separates children from parents or older relatives. Losing the protection of their families or relatives in such a turmoil makes their story even more pathetic because it is at such times that they need their families the most. There have been instances where parents have made the grim decision to send their children alone with the hope of ensuring their survival. In other instances, the parents have gone on ahead and regularized their stay in other countries by seeking asylum before making arrangements – sometimes very risky arrangements, for the children to join them through the ‘unaccompanied minors’ route.

Discussions on the rights and protection of unaccompanied or separated children (UASC) have become necessary because of the increase in their numbers. There are 35 million children below the age of 18 who are refugees. Thousands amongst these children arrive in a country either on their own or with relatives who are not their parents. A UNHCR report estimates that there are presently 153,300 unaccompanied minors and separated children in the world.

It is nearly impossible for a child to face the world alone and remain the same. The interruption of childhood compels them to assume adult responsibilities. Older children become caregivers, protectors and providers to their younger siblings. Oftentimes they do the unimaginable to survive; and are more vulnerable to abuse and exploitation. Journeying alone in itself is deemed to be physically and psychologically tiring and exposes them to physical violence, rape, manipulation and human trafficking. Girls are at a greater risk of sexual and gender based violence. Police or immigration officials who should protect these children may take advantage of them. Access to adequate medical services; education; official or proper identification, documentation and registration of their refugee status is not guaranteed.

There is not much consideration given to their needs as children. Some are housed in detention facilities in inhumane conditions with adults they do not know. Children in such facilities suffer physical, emotional and psychological trauma, particularly if they stay there for a long time. There are situations where the children are unable to seek asylum or denied asylum and have been returned to the countries they took flight from. Their asylum requests may also not be handled in an age-appropriate or gender sensitive manner.

In recent times, the European Court of Human Rights has ruled on the unlawfulness of the widespread detention of migrant children in EU states. Human rights organizations have also been quick to point out that under international law, children should not be detained. UNICEF and UNHCR insist that a best interest analysis (BIA) takes place before a decision to detain a child. It should identify the actions to be taken in the child’s best interest. Detention may only be given careful thought if the child can be placed where their physical and mental needs are addressed and their age and gender are given optimal consideration. UNHCR also advocates child-appropriate alternatives to detention such as connecting children with relatives in the country of asylum, making use of foster care systems or residential quarters. Pilot initiatives, such as Greece’s supervised independent living, Italy’s guardianship programme and Germany’s protection co-ordinators initiative are being pushed as projects that have not only benefited from the direct input of children but have made a positive impact in the fight  to improve the lot of migrant  children.

The issues faced by unaccompanied children have prompted people everywhere to speak out. People are making an effort to learn more about migration issues and are speaking against governments and policies that add more trauma to the lives of these children. Educating others and encouraging them to lend their own voices to this cause; and joining local NGOs to donate time, money or skills has proved effective in creating more awareness and providing some succor to the children.

Hopefully, with increased effort to tackle this catastrophe, the conditions unaccompanied minors and separated children find themselves presently will very soon be a thing of the past.