6.6 million people have had to flee from the civil war in Syria— nearly half of them being women and children. They have faced dramatic changes in every part of their lives, particularly involving their roles in their community.
For women, life as a refugee has meant becoming the primary breadwinner and caretaker, fending for themselves and their families, away from their communities and traditional sources of support. The majority of Syrian women in Jordan are skilled in handicrafts, clothes, school uniforms, soaps, and cosmetic creation and recycling.
“Fatima* sought refuge in Jordan with her family in 2020. She tried looking for job opportunities, but unfortunately could not join the market due to government restrictions.” 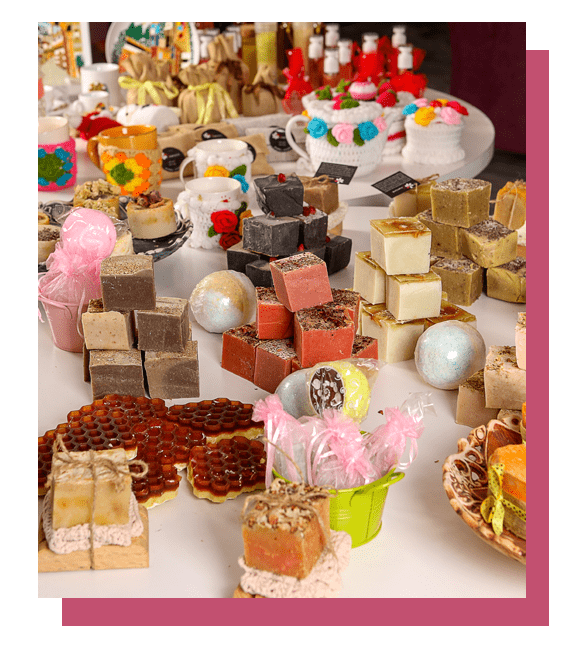 UMR has sensitized its network with the private sectors, youth, and social entrepreneurs to come together to creatively contribute to solving social and economic challenges among young women in Jordan.
UMR’s Jasmine Project is a way to empower women economically through skills development and entrepreneurship training. UMR’s goal is to teach women how to turn their abilities into marketable skills that will allow them not just to survive, but to prosper.
Fatima joined UMR’s Jasmine Project and is now the breadwinner of her family. With a monthly income that allows her to comfortably support her family, she is the team leader of the project, helping inspire other women just like her.

1,125 family members of this project will benefit indirectly and another 10,000 customers– including business and the private sector who will purchase Jasmine products– will also reap benefits.
Jasmine’s goal for the future is to build the capacity of its participants and accredit its courses. UMR also plans to teach them practical entrepreneurial skills to develop a website, teach e-marketing, and visit some international exhibitions to promote Jasmine’s activities as a women-led company. 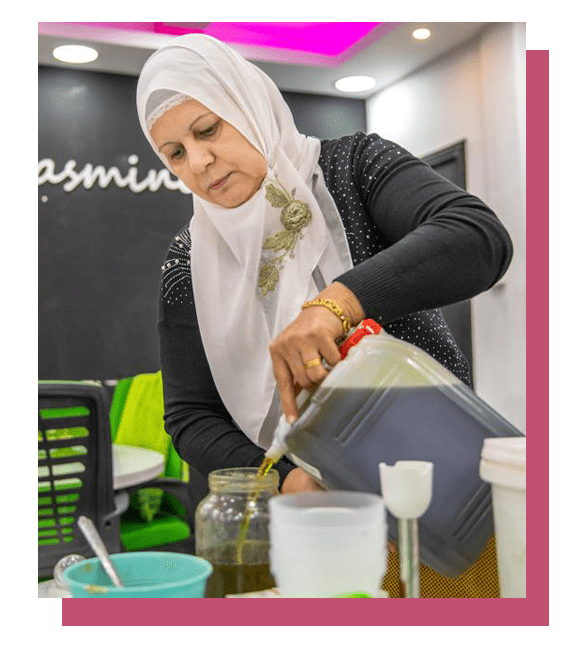 Jasmine’s trainings are not limited

to community women but also targets the youth in universities and schools during summer break to teach professional crafts and handicrafts.

Through skills development and entrepreneurship training.