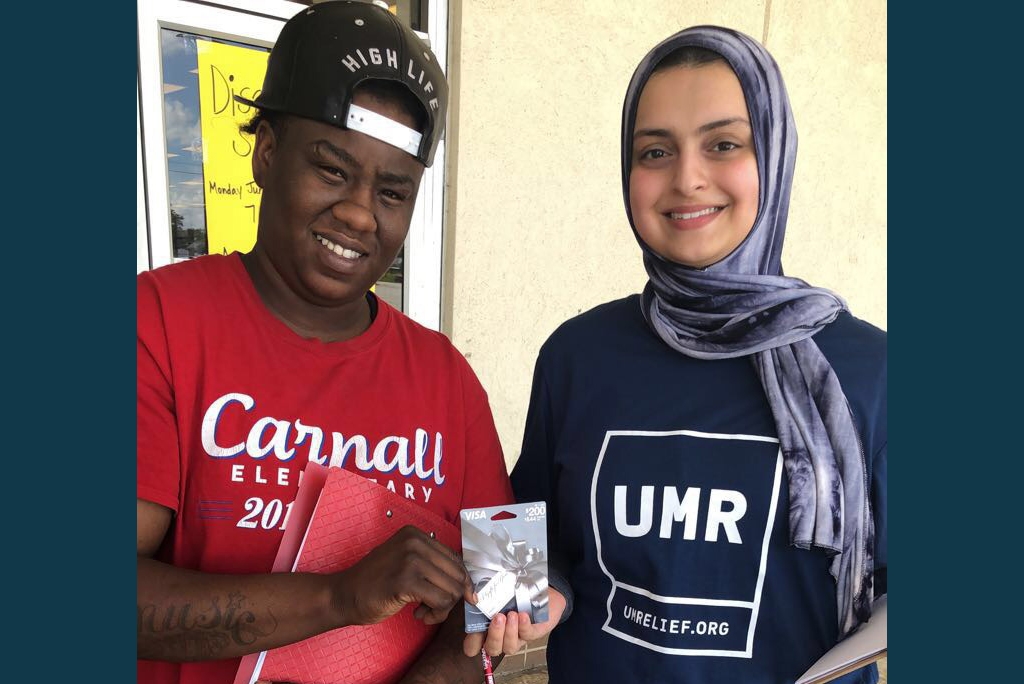 Sunday June 23, 2019 both UMR Emergency Response Coordinator and UMR Chapters Coordinator visited a tornado storms and flood survivor identified through Crisis Clean-up in Fort Smith who suffered severe flooding at her residence. Ruth, a mother of four who is a house owner, was out of work for two weeks due to the flooding. She received a UMR disaster clean up kit, $200 cash card and direct help with an appeal for FEMA, SBA, a hazard mitigation grant information.

Monday June 24, 2019 The UMR team met with FEMA Disability Integration Advisor for Region VI in Little Rock Arkansas and discussed Disaster Survivor Assistance DSA, Arkansas Mass Care, and assisting with unmet needs of recipients in Arkansas. The UMR Chapters Coordinator received a crash course on DSA as both UMR Emergency Response Coordinator and UMR Chapters Coordinator use DSA as a template to access the needs of the tornado storms and flood survivors.

Tuesday June 25, 2019 the UMR team traveled to Moffet and Spiro, Oklahoma Seqoyah County and connected with Eight Days of Hope (a nonprofit organization that has been leading the way in gutting out homes that have been flooded). One household that they helped, UMR was able to follow up with and give a $200 cash card for food and transportation expenses, and set up assistance to replace a bed that was destroyed in the flood. Two additional families who were renting their homes were also identified through Crisis Clean-up, and given assistance with FEMA registration, provided $200 cash cards each for moving expenses, and furniture replacement. These three households in Oklahoma were all covered in over 10-15 feet of water and the homes were completely destroyed.

In total eight families were directly assisted during the deployment and about 20 families were given donations from UMR via the United Way donation hub. About $2,500 of aid, furniture, food, supplies, and toys was given out, two new community partners engaged, two local government agencies engaged, and federal agency partnership with FEMA.