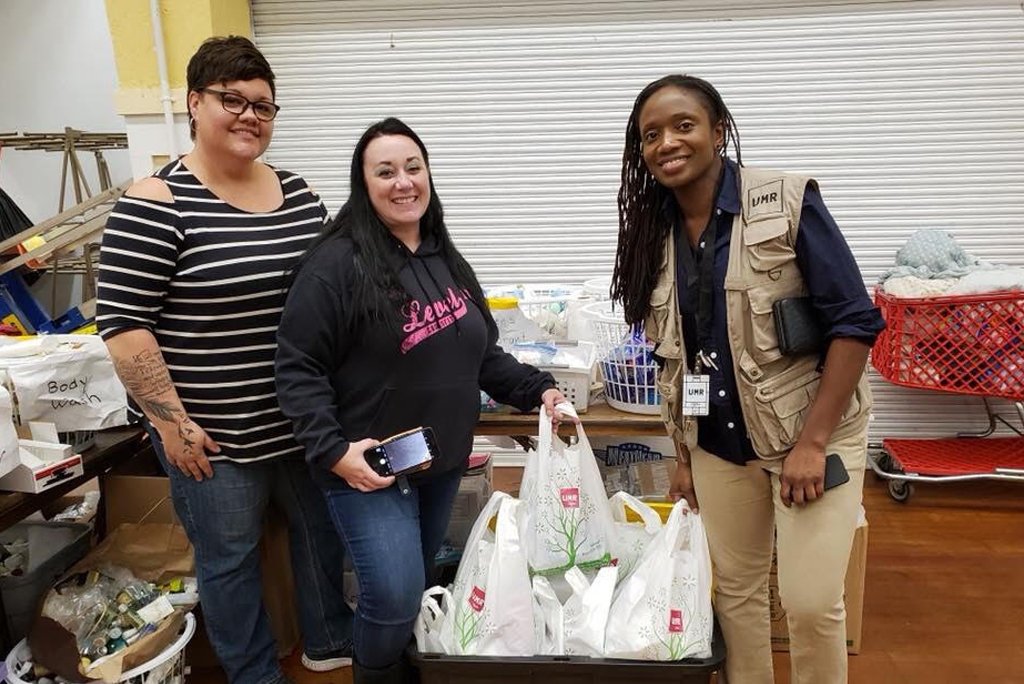 The Better Together Coalition with combined contribution from UMR, IMANA, UHR, and Pure Hands completed the year with giving efforts to the response to the CA Wildfires. This effort was extremely important as the disaster of the California wildfires in Paradise, California also known as the Campfire wildfire DR-4407 was a disaster very different from fires in most recent years. The devastation of this fire spread for over 30 miles and more than 25,000 residents of the area were affected, and more than 86 people found dead and hundreds still missing. The Better Together Coalition response was lead by UMR’s Emergency Response Coordinator Rebekah Frimpong and was mainly focused on three core areas of response that included financial assistance, education, and community outreach. With the support of The Better Together Coalition UMR’s Emergency Response Coordinator was able to coordinate community outreach efforts in two towns where survivors of the wildfires relocated or evacuated to. Working in Chico and Oroville, California connections were made with distribution centers and organizations for getting goods, food, supplies, and services to survivors. In addition, UMR’s Emergency Response Coordinator was also able to develop partnerships with volunteer groups, throughout Northern California to support efforts.