Becoming Self-Sustainable: The Struggle for Syrian Women & How UMR Intervened​ 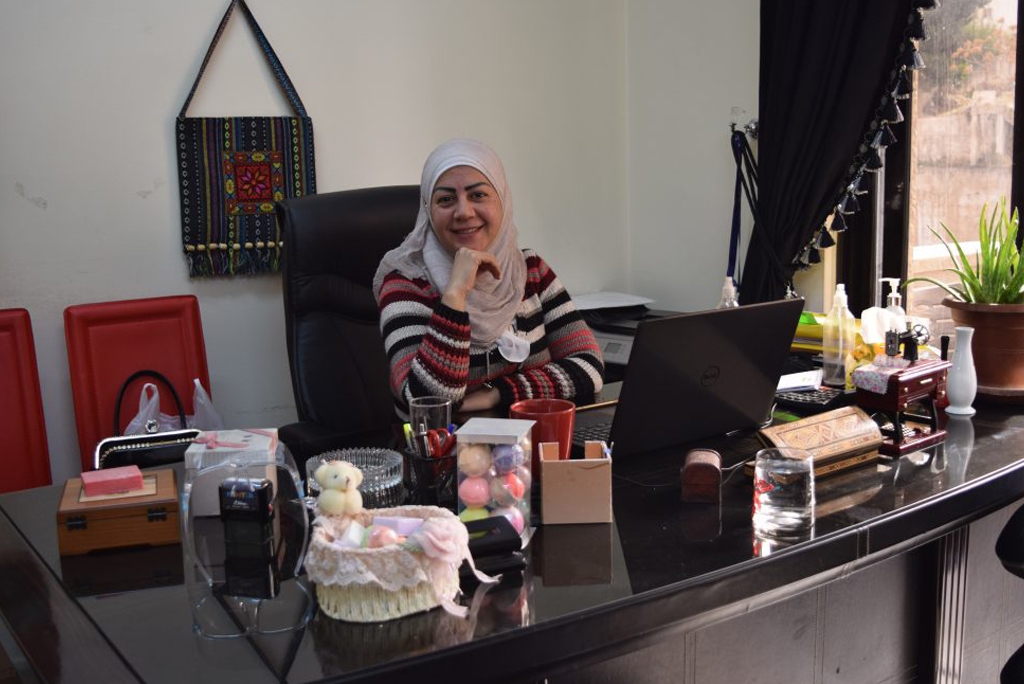 Becoming Self-Sustainable: The Struggle for Syrian Women & How UMR Intervened

Since the Syrian Civil War began in 2011, approximately 6.6 million people have fled the country out of fear for their safety – with nearly half of them being women and children. Before the war, most women were supported by men who headed their households. Abruptly forced to begin a new life on their own, without the support of their husbands, community, or family, many women found themselves struggling to build a sustainable lifestyle.

Isolation, overcrowded host-countries, and lack of work experience left Syrian refugee women with nowhere to turn – which is why UMR intervened and created the Jasmine Project. We interviewed the General Manager of the Jasmine Project to help you further understand the detrimental effects of the war on refugee women and how UMR’s commitment to this project has allowed them to reach new levels of success and self-sustainability.

Lara Shahin, a Syrian refugee and now the General Manager of UMR’s Jasmine Project based in Jordan, was experiencing the same problem that most refugee women faced when they left home. She explained, “I came to Jordan in 2012 because of the Syrian crisis. At the beginning I thought, how can I support myself or my family?”

For many women like Lara, life before the war in Syria was simpler: they had lived in the same place their whole lives, and had support from their community, family, and friends. Being the sole provider for their family was never something they thought they would have to learn. In a study done by UNHCR, it was reported that, “many women say the stress of exile has been exacerbated by assuming new burdens of responsibility. Many previously relied on men to provide for the family, handle business outside the house, and make family decisions.” These women quickly learned that they would have to take on new responsibilities and in many cases were expected to become the sole breadwinner and caretaker for their entire family – a nearly impossible task.

The average number of people living in Syrian female-headed households is about five, and attempting to find work that brings in enough money to support the entire household is particularly challenging in host countries like Jordan and Lebanon– where nationals struggled to find work prior to the influx of refugees. There is immense pressure on host countries’ resources and infrastructure; simply put, there aren’t enough jobs to support their entire population along with hundreds of thousands of refugees.

When Lara left Syria, she went to Jordan – along with over 650,000 others. According to the Norwegian Refugee Council, “Over 80 per cent of Syrian refugees in Jordan live in urban centers where they face the challenge of finding sustainable work and affordable housing. Competition for limited employment opportunities can lead to tensions with the local population.” So when UMR approached Lara with the idea for Jasmine Project, it could not have come at a better time.

UMR’s Jasmine Project is a way to empower women economically through skills development and entrepreneurship training. “When I started with Jasmine I saw that I could help not just myself, but other refugees in Amman [Jordan].” The goal is to provide women with a permanent solution to the problems they face as refugees, mothers, sisters, wives, and more.

Lara explained that when the project began in 2014, “we organized training courses to support the ladies and [teach] them how to make… products to start selling at the local markets. We made beautiful, handmade products and we started to reach more ladies in Amman.” As more women learned how to use and market their skills – such as sewing and creating hygiene products – the project grew rapidly over the years. More and more women joined UMR’s Jasmine team, leading to a huge increase in the number of products sold.

In 2020, UMR saw the chance to expand the project into something even bigger. In response to the pandemic the Jasmine Project, “started making new products such as masks, hand sanitizer, soaps and more to start selling at the local market and internationally. We created the Jasmine website – which is our chance to start selling our products for the whole world.”

Now, the Jasmine women no longer have to worry about how they will find work, feed their families, or live comfortably. The income they make from their work producing products for Jasmine has allowed them to economically support their families and become the main breadwinners. Moreover, the Jasmine Project has given these women a sense of community again: it has created opportunities and transferable skills that refugee women can use to support their families, no matter how their circumstances change.

For decades, women have been fighting for equality at home, the workforce, in politics, and in every aspect of society all over the world. Massive strides towards gender equality are made every day, but unfortunately there is still much work to be done. When one woman experiences a victory, it is a victory for all. This is why UMR’s Jasmine Project is necessary; it is creating an opportunity for women to be successful, earn their own living, and not be dependent on anyone for their survival. On International Women’s Day, and every day, we want to celebrate all of the women who have joined the Jasmine Project, and are devoted to making the world a safer, stronger, and more equal place for women.

To learn more about UMR’s Jasmine Project and how you can support it, please visit www.umrelief.org/projects/jasmine-project/.