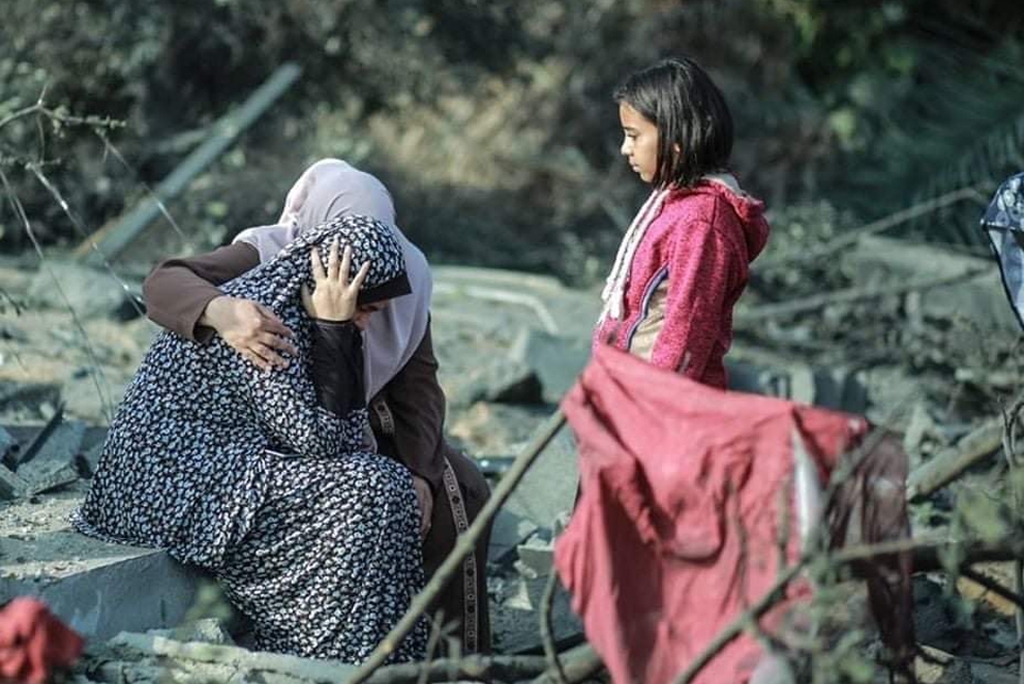 As Clashes Erupted in Gaza: UMR Renews the Call for International Collaboration to Help Palestinians By Nagwa Abdallah

Just close your eyes and try to picture what life is like for a child or a woman after the artillery attacks and airstrikes launched on Gaza over the few days, leaving at least 34 dead and 111 injured, according to BBC. That is not an easy task. Despite all the information, news, and facts disseminated by international humanitarian organizations and media outlets regularly about the escalating humanitarian crisis in Gaza, the reality is much more devastating and shocking than anyone can imagine. It is chaos in the hospitals, which already have a shortage of medical emergency kits, trauma medical supplies, and items necessary for surgeries. Farms, houses, and lands have been destroyed.

That is why the United Mission for Relief and Development (UMR) has always been calling for robust collaboration with international organizations and donors to help ease the Palestinians suffering in Gaza. According to the United Nations Relief and Works Agency for Palestine Refugees in the Near East (UNRWA), the continuous escalation has left 80% of the population dependent on international assistance.

Determined to keep the Palestinians moving forward, UMR renews its call for generous donations to keep the wheels turning, and the doors open for the Palestinians who are losing hope for a better life. Now, NGOs and donors have greater responsibilities than ever. Shouldering such duties is the only and inevitable path for all of us to take to end Palestinians’ misery.

Working on the ground in Gaza and West Bank for years, UMR understands very well the effect of such clashes on the humanitarian situation, which is already being aggravated as a result of the US halting its yearly aid of $360 million to UNRWA. According to UNRWA, there are about 620,000 Gazans who survive on $1.6 per day and cannot cover their basic food needs, and 390,000 more live in absolute poverty. Therefore, UMR continues its annual Winterization campaign “Share the Warm” to support those who live under the poverty line. UMR will provide families with supplies that vary between a $150 food package to a $550 complete winter package.

The Winterization campaign is part of UMR comprehensive work plan in Palestine, which covers many essential aspects of the humanitarian crisis. For example, in response to the shortage of medicines and the limited capacity of the hospitals in Palestine, UMR has been providing In-Kind medical donation shipments for years as part of its domestic and international Emergency Response Program. The value of such shipments increased from $7,346,899 in 2015 to $43,415,305 in 2018. UMR has been cooperating with the Palestinian Ministry of Health and succeeded in delivering 11 medical containers of supplies to 11 hospitals and 54 medical centers. UMR has always been among the first to be contacted by the Ministry of Health in Palestine whenever there are issues with medicine and medical supplies. Recently, on October 13th, 2019, UMR received an urgent appeal from the Ministry of Health requesting immediate assistance with medical items, particularly emergency health kits. UMR launched a psychosocial support (PSS) initiative as a mechanism to mitigate trauma among children. In the Wehdat refugee camp in Jordan, UMR established the Wehdat Disability Center to foster independence and self-reliance for people with minor to moderate disabilities. UMR also granted 500 scholarships to Palestinian students in Palestine and Jordan.